You can kind of look at this story in two ways, but I think it turned out great. Way to go Team Peak Performance!

Update: Team Peak Performance has started the Arthur Foundation to help other stray dogs have better lives. Check it out.

Our long run this week wasn’t too long. It was cold out and sort of bleak and we both had other things on our minds. The holidays are creeping up pretty quickly for two avid knitters and there are still lots of projects to be completed. They seem to be taking over our running time. 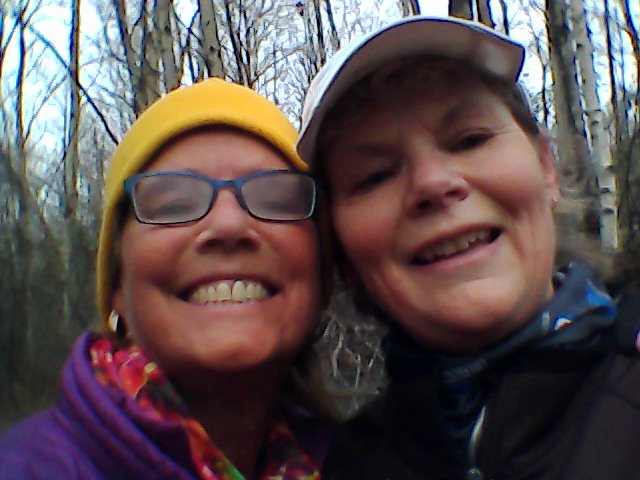 You can tell it is cold out from Glenis’s foggy glasses and my foggy camera lens!

Never the less out we went and into the forest. You can just feel yourself relaxing running in the woods! The stress slips away as you crunch over the fallen leaves and trip over the roots. 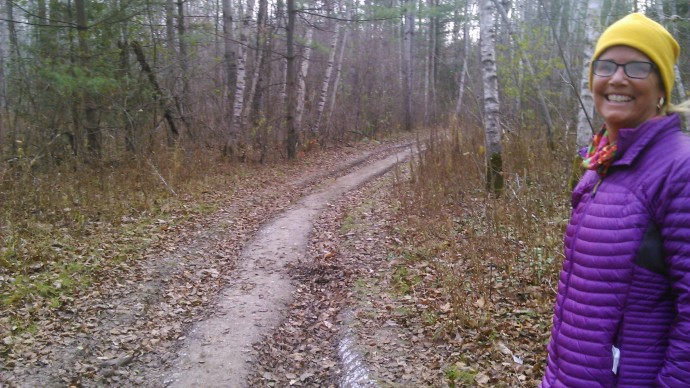 The trail in the woods

We ran a local route that takes us up a hill that overlooks the surrounding wood lot. On a clear day you can see the lake from up there and if you hit the right time in the morning you can see the sun reflecting off the windows of a distant town that makes it look like the town is on fire. 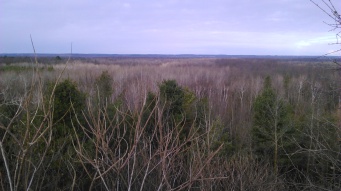 View from the hill, no leaves to be seen on the trees

Looking at the sky

We even took a minute to lay on the brown grass up there and look at the clouds well we planned out the rest of our Saturday. Then, with a giggle, it was off to the local wool store! Bam 10k done!

There are so many things we could say about Remembrance Day but to honor our parents, grandparents, great-grandparents and friends who served we will just be silent and remember their sacrifice.

Poppies blowing in the ditch.

In Flanders fields the poppies blow
Between the crosses, row on row,
That mark our place; and in the sky
The larks, still bravely singing, fly
Scarce heard amid the guns below.

We are the Dead. Short days ago
We lived, felt dawn, saw sunset glow,
Loved and were loved, and now we lie
In Flanders fields.

Take up our quarrel with the foe:
To you from failing hands we throw
The torch; be yours to hold it high.
If ye break faith with us who die
We shall not sleep, though poppies grow
In Flanders fields.

During the early days of the Second Battle of Ypres a young Canadian artillery officer, Lieutenant Alexis Helmer, was killed on 2nd May, 1915 in the gun positions near Ypres. An exploding German artillery shell landed near him. He was serving in the same Canadian artillery unit as a friend of his, the Canadian military doctor and artillery commander Major John McCrae.

As the brigade doctor, John McCrae was asked to conduct the burial service for Alexis because the chaplain had been called away somewhere else on duty that evening. It is believed that later that evening, after the burial, John began the draft for his now famous poem “In Flanders Fields”.  www.greatwar.co.

Glenis having a good look at these beautiful poppies.

Posted on November 6, 2014 by Janis
We get asked all the time about how to lace shoes. Just because the lace holes are in your shoes doesn’t mean you have to use them. Here is a good infographic that shows some simple lacing techniques for common foot conditions.